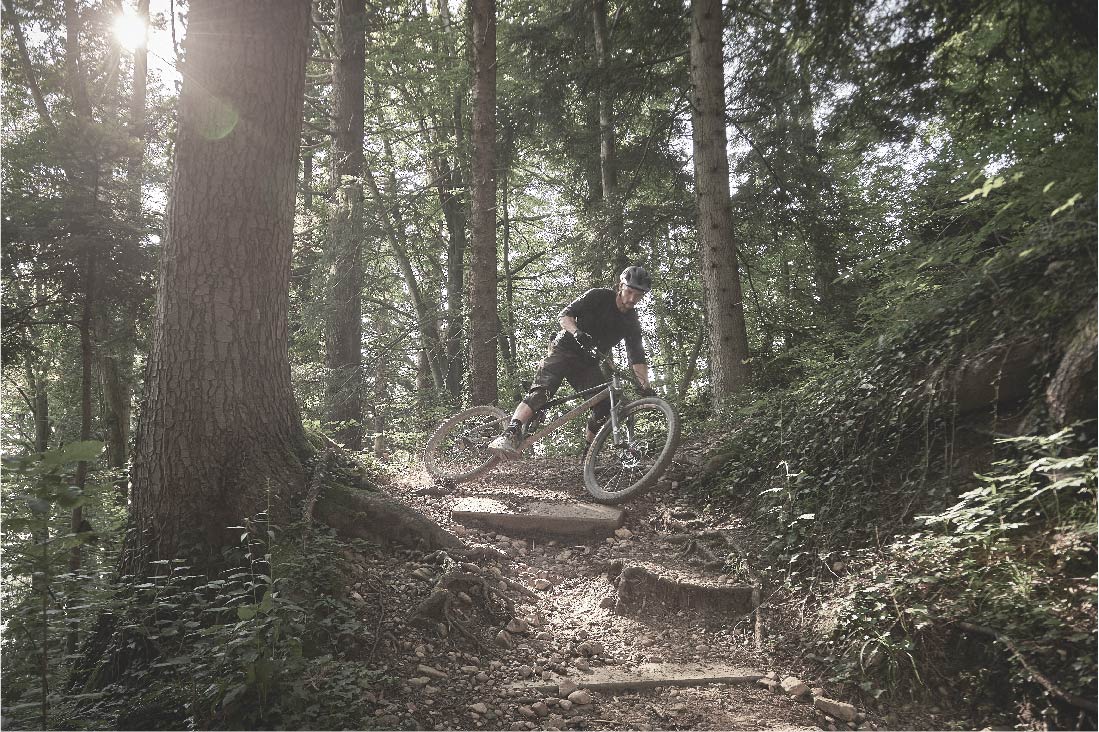 By the way, the Virtual Pivot Headset optimizes the tasks of a conventional headset. The additional clamping of the steerer tube drastically increases the stiffness of the steering area.

Who benefits from the use of the Virtual Pivot Headset?

FORK OFFSET – What exactly is this and what effect does this offset have on the trail and handling?

Each fork has an individual offset. 27.5″ forks have an offset of about 37 to 46 mm, 29er forks about 42 to 51 mm. Depending on personal preferences, head angle and reach of the bike, a fork with a suitable offset should be used.

Functions and interrelationships in detail

The change in offset that can be achieved using the Virtual Pivot headset is +/- 4 mm. The trail increases or decreases proportionally to the offset.

Changing the trail has a strong influence on the steering and handling characteristics of the bike. Bikes with a large trail run very stably straight ahead, but the steering becomes more sluggish and the bike less agile. Bikes with a small trail react more sensitively to steering influences, but appear more nervous at high speeds. As the steering angle becomes flatter, the trail increases sharply, which is why a larger fork offset can be used to counteract this.

All these parameters are highly dependent on the bike used as well as the rider’s preferences. If you like braaaping (which we are) you might prefer a shorter offset and thus higher trail. Additionally, a short offset brings the front wheel closer to the rider. This has the effect of creating more pressure on the front wheel. Transition Bikes has given this theory the name “Speed Balance Geometry”, or “SBG” for short, and has put a lot of work into working out perfectly balanced bikes https://www.transitionbikes.com/SBG.cfm.

The shorter offset brings the front axle further back and under the rider, increasing front wheel traction. Combined with a short stem, this provides more direct steering input and dramatically improves the connection to the action at the front wheel.

After Transition Bikes marketed this technology and users realized the benefit of changing the offset, many fork manufacturers jumped on this bandwagon and offered forks with different offsets. However, user confusion and uncertainty remains as many variables affect this steering geometry and the underlying physics are not immediately apparent. Advantages for one user can mean disadvantages for another.

With very flat head angles (<64°), the head angle itself and the resulting large trail become the decisive variable in influencing steering behavior. Leo Kokkonen from Pole Bikes describes the influence of trail for the Pole Stamina as follows:

The head angle of the bike is more of a driving feature of stability when it comes to the Stamina frame. The Stamina already has enough trail at high speeds but this changes at slower speeds. As the Stamina has a 63.5° head angle the offset of the forks is fine-tuning. The increasing trail gives more stability on slow speeds because a longer offset reduces wheel flop. Therefore the longer offset is more stable overall.

These different opinions make it clear that the offset should be chosen individually depending on the bike and rider and that it makes sense to deal with this topic and find an individual solution for yourself.

I have installed the Virtual Pivot headset and thereby shortened my offset from 54 mm to 50 mm. Suddenly I had noticeably more grip on the front wheel. In addition, the front became less nervous. It shows once again that millimeters mean worlds.

CURRENT FORKS AND THEIR OFFSETS

The table shows that the variance of the offsets of a fork model is between 6 and 9 mm. With the Virtual Pivot Headset the offset can be increased or decreased by another 4 mm. 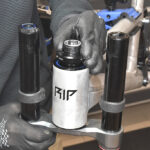 Installation and technical data
Learn how to install the Virtual Pivot Headset and how to find the right version for your bike. 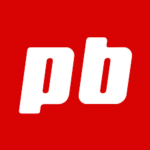